A Tribute to Magawa

The world said good-bye to a hero this year—a small, gray hero with whiskers and a long tail. Magawa, an African giant pouched rat, spent eight years of his life sniffing out landmines in Siem Reap, in northwest Cambodia (a country located in southeast Asia). During Magawa’s tenure, he cleared 2.4 million square feet of land and saved countless lives.

By the time he retired, he had detected more explosives than any other rat—ever. In fact, he holds the official world record: 71 landmines and 38 other unexploded weapons. In June 2021, Magawa retired. He celebrated his eighth birthday (a ripe old age for a rat!) in November and passed peacefully in January of 2022. 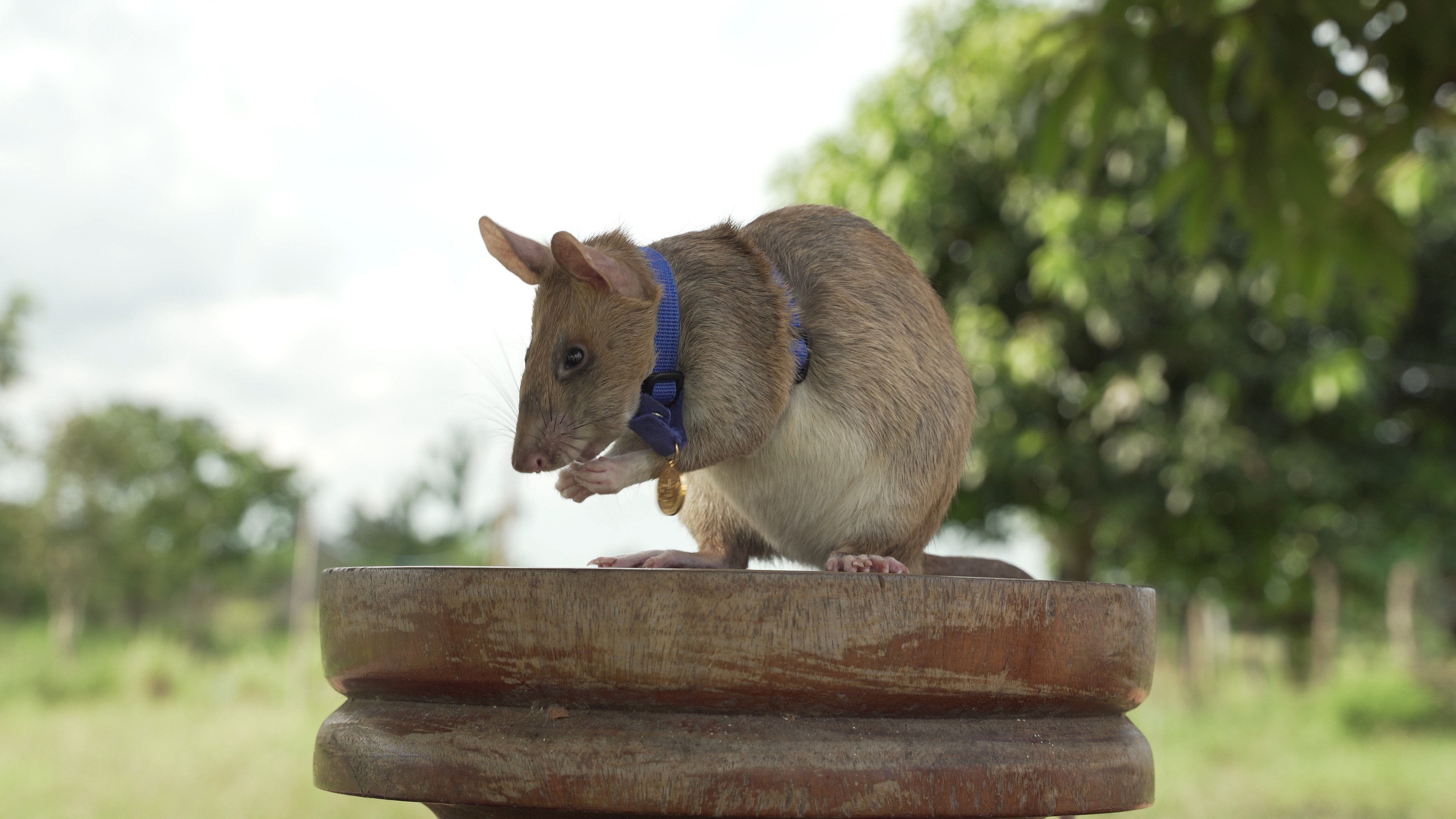 Magawa worked with Apopo, a non-profit organization that specializes in scent-detection animal training and technology. It was the brainchild of Bart Weejens, a young Belgian entrepreneur interested in helping communities affected by war, especially eradicating landmines. From 1979 to 2019 in Cambodia alone, more than 19,000 people were killed and another 45,000 injured by stepping on landmines during its Civil War. In 2020, 30% of the total number killed or injured were children.

Bart Weejens also had a great love for rats and knew these typically reviled rodents are highly social, highly intelligent, easy to train, and abundant. He also knew two other important facts: 1) they’re excellent sniffers and 2) they’re light enough to not trigger a landmine explosion. So he created a research project focused on rats’ abilities to discriminate smells. The project was a resounding success.

The rats who work with Apopo get thoroughly trained and Magawa’s process was no different:

In September 2020, Magawa, a regular rat who loved to eat watermelon, bananas, and peanuts, was awarded a gold medal from a UK veterinary charity for his "life-saving devotion to duty, in the location and clearance of deadly landmines in Cambodia.” Of the thirty animal recipients to ever receive this award for bravery, Magawa was the first small, gray furry hero with whiskers and a long tail. Talk about adventure…

Born in 1537 in Tenerife, Spain, Petrus Gonsalvus was taken to France when he was only ten years old to become King Henry III’s “protégé.” But Petrus was not mentored by the King, as the term suggests. Instead, the King used the boy to exemplify his own rise to power.

Petrus was born with hypertrichosis. Nicknamed “werewolf syndrome,” this rare genetic condition causes excessive hair to grow on a person’s face and body. Thus the King exploited Petrus—better known as the “Wild Gentleman of Tenerife”—to strengthen his own image: a civilized man strong enough to tame a wild beast. How rude!

Hypertrichosis has been minimally researched because only about 100 cases have been documented in the world. We do know the syndrome is usually hereditary and is caused by an extra bit of genes on the X chromosome. This extra DNA causes a different hair-growth gene to “turn on,” making a person’s hair grow both more than normal and in more places on their body.

While most forms of hypertrichosis are congenital—exhibited from birth—some are acquired. For instance, someone who is anorexic and severely underweight might grow extra hair as a reaction to a lack of body fat and a need to keep warm. Currently, there is no remedy for hypertrichosis. People can shave, wax and bleach their hair, or they can have laser treatment to remove some of it, but none of these are permanent.

Because so few people are affected by this syndrome, society often labels people with this medical condition as “different” or “weird.” Many have been placed in sideshows, often “adopted” and labeled exotic to be put on display.

In the 2014 documentary Chuy, el Hombre Lobo (Chuy the Wolf Man), filmmaker Eva Aridjis tells the story of Jesus (Chuy) Aceves, whose nickname is "the little wolf.” Born into a family of over thirty members with hypertrichosis, the film focuses on Chuy’s life as part of a traveling circus show, and the mistreatment he experiences being different from others. 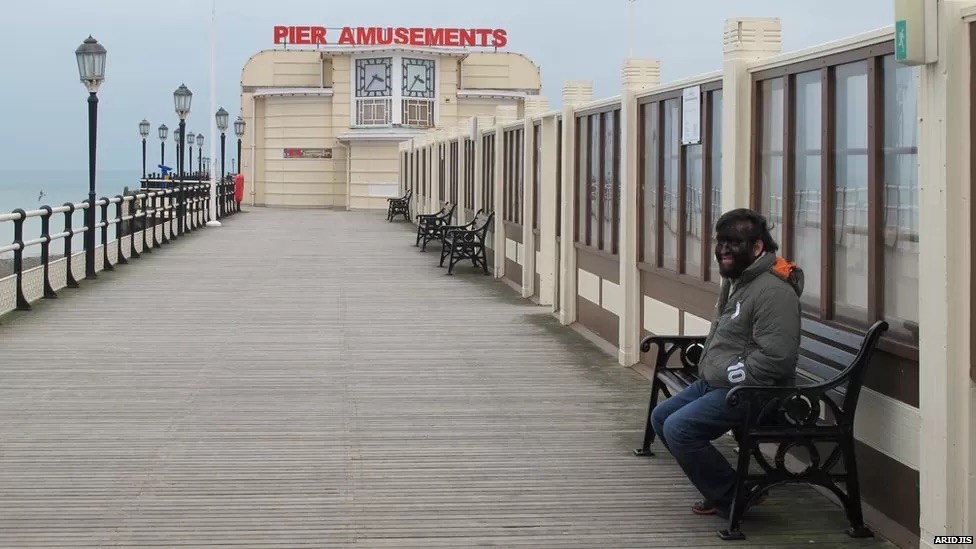 Taking in the sea air on Worthing Pier | Eva Aridjis

Although Chuys’ life was not easy, he strengthened his self-esteem as he got older and he’s determined to improve the next generation of “little wolves.” Chuy works hard to make sure his young relatives receive an education and helps them build self-confidence so they can aspire to be whatever they choose.

Can you think of a time when you were made fun of because someone viewed you as “different?” (What does that even mean, anyway?) Chuy teaches his family—and all of us—that our differences only partly define who we are and that we all share the fundamental need to be loved and accepted.

The many covered bridges in Vermont share the same charming characteristics. Single-lane? Check. Wooden? Check. Picturesque? Check. Home to the ghost of a girl named Emily, distraught over her boyfriend who stood her up? No check.

That haunting detail is reserved for only one bridge in the Green Mountain State: the Gold Brook Bridge in Stowe, Vermont. 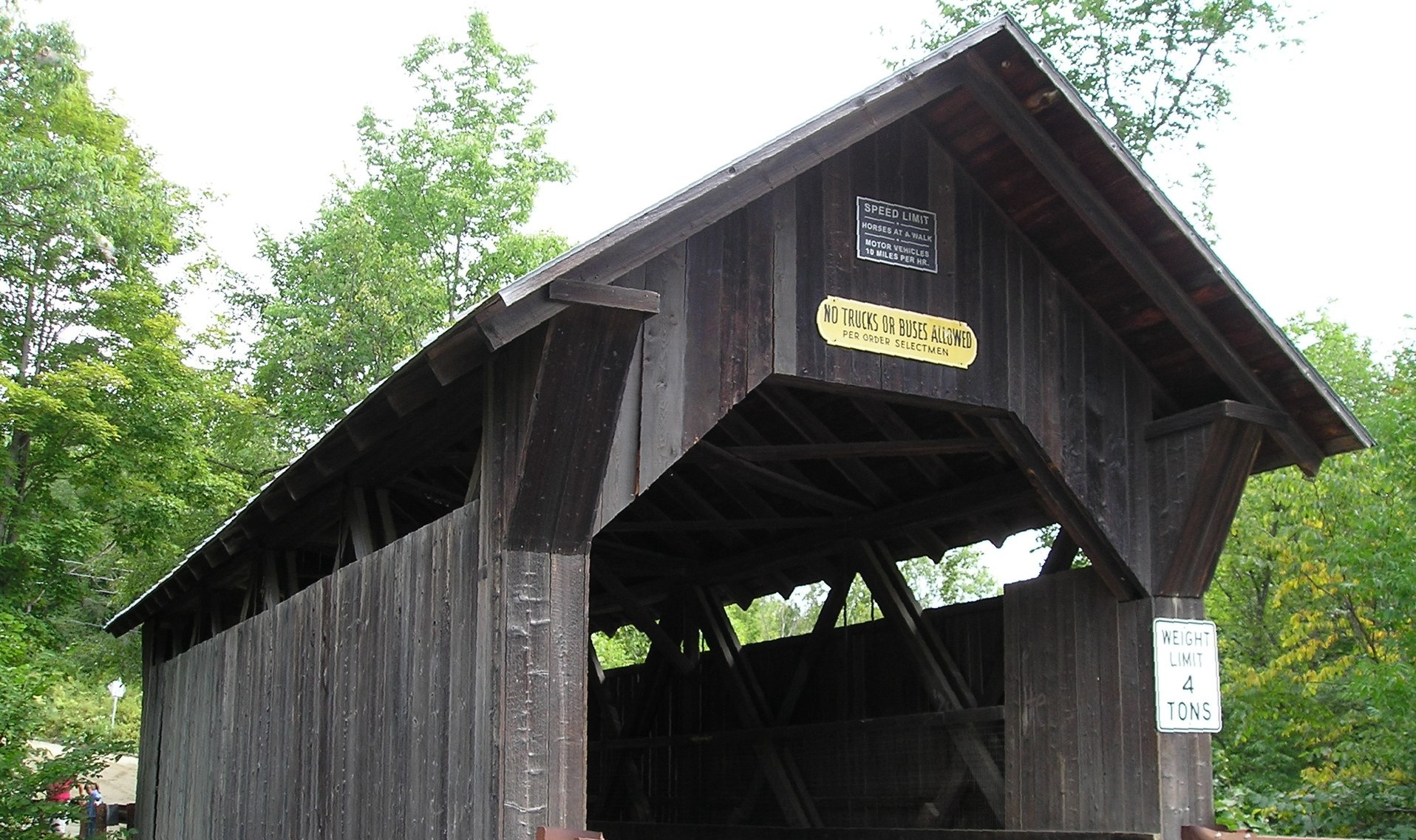 As the romance-turned-ghost story goes, it was the mid-1800s, and Emily, who lived on a farm nearby, went to the Gold Brook Bridge where she would meet her boyfriend and then leave with him to elope (One version of the story adds fuel to the fire by suggesting Emily was also pregnant.) Emily became distraught when her boyfriend didn’t show, and in her broken-hearted desperation, decided she couldn’t live without him and took her own life. But her ghost remains.

Rumor has it that Emily’s ghost is angry and isn’t afraid to take it out on innocent travelers. People swear they can hear her voice echo in the darkness of the tunnel, and supposedly, those who drive through the bridge exit with claw-like scratches on their bodies. Daring bridge walkers also swear she’s left the same marks on their backs! 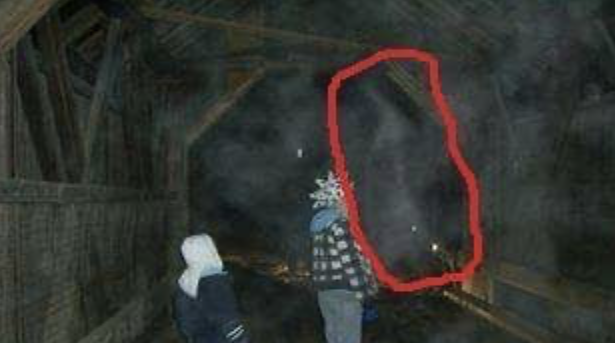 The ghost of Emily? | Darryl Brugger

Our own Erin Kitonis, Assistant Marketing Manager at Choose Your Own Adventure, describes her encounter with the Gold Brook ghost:

As a teenager, my friends and I would drive to the bridge to see if we could catch a glimpse of something paranormal. One October night, we met a group of “Wiccans” conducting a seance at the bridge. One of my friends was too afraid to get out of the car, but I was curious. I approached the group and asked one member if he had seen anything strange. But before he could answer me, I looked over to the edge of the bridge and saw a figure of a woman standing there. A very strange and powerful feeling came over my body and I began to cry uncontrollably. The man replied that Emily is here now and pointed to exactly where I had seen the ghostly figure.

So, Gold Brook Bridge is the only bridge in Vermont that’s home to Emily’s ghost? Check. But it is certainly not the only haunted bridge in the United States. Over 300 bridges in the US boast paranormal activity, according to Rich Newman, writer and paranormal places expert. One of the most fascinating is the London Bridge (yes, THE London Bridge built in the early nineteenth century that spanned the River Thames!) Bought by an eccentric tycoon in 1968, each of its granite bricks was disassembled, labeled, and shipped from London to Lake Havasu, Arizona, where it was rebuilt—and subsequently became haunted!

With Halloween right around the corner, the real question is: do YOU believe in ghosts?