Imagine walking through the woods and coming face to face with a millipede—as big as a car!

Don’t worry, you won’t run into one of these crazy creatures anytime soon. They lived 326 million years ago, when the earth was covered in thick, swampy forests. This Paleozoic Period was the heyday of invertebrates—including Arthropleura (Greek for “jointed ribs.”), along with dragonflies that measured over two feet, and huge spider-like creatures that eventually evolved into the eight-legged arachnids we know today. 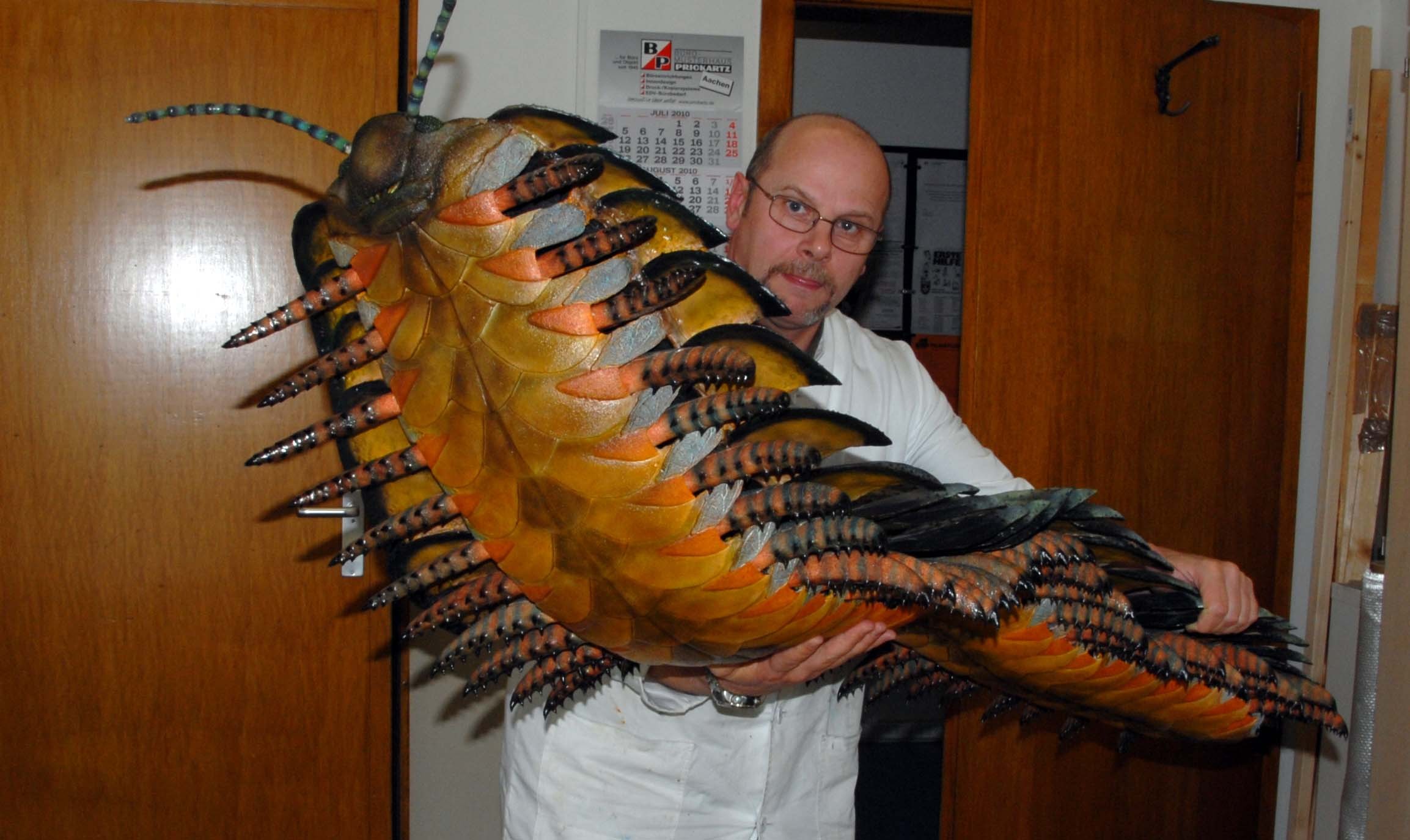 A recent study in the Journal of Geological Society (December 2021) describes how researchers in the UK found a fossilized exoskeleton of an arthropleura. Coming in at more than nine feet and 100 pounds, the enormous millipede neatly edged the now-extinct sea scorpion out of #1 in the contest for “largest bug ever.” And although it’s hard to imagine an arthropleura would ever have to defend itself, if threatened, it could rise up like a cobra and tower over their predator, as tall as a person!

Okay, but how do we know they were actually size XXXXL? Using both their fossilized bodies and “footprints,” scientists have been able to measure the width of their trackways and then calculate their length. (Another reason to take that dreaded math class!)

One of the fun things about this recent discovery was they unearthed the largest arthropleura ever found—by accident! A block of sandstone on a beach in northeastern England had literally just fallen off of a cliff and broke to reveal the fossil inside, and a person just happened to walk by it. 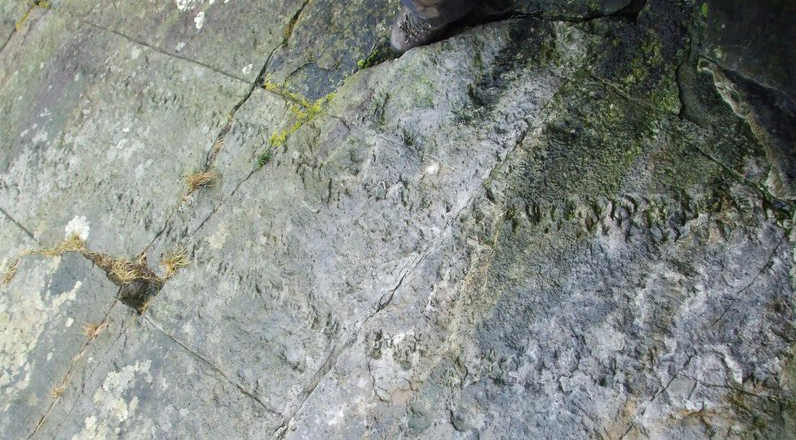 So go take a walk! Who knows what other adventures are hidden in the rocks and cliffs and earth all around us?

Amanda and Jason McNabb began finding secret messages around their house: C-H-A-I-R written out next to a chair. S-O-F-A next to their sofa. C-A-T alongside their beloved pet. One-word declarations spelled out in colorful building blocks.

Their daughter, Isla, had learned how to spell—and she was only two years old! 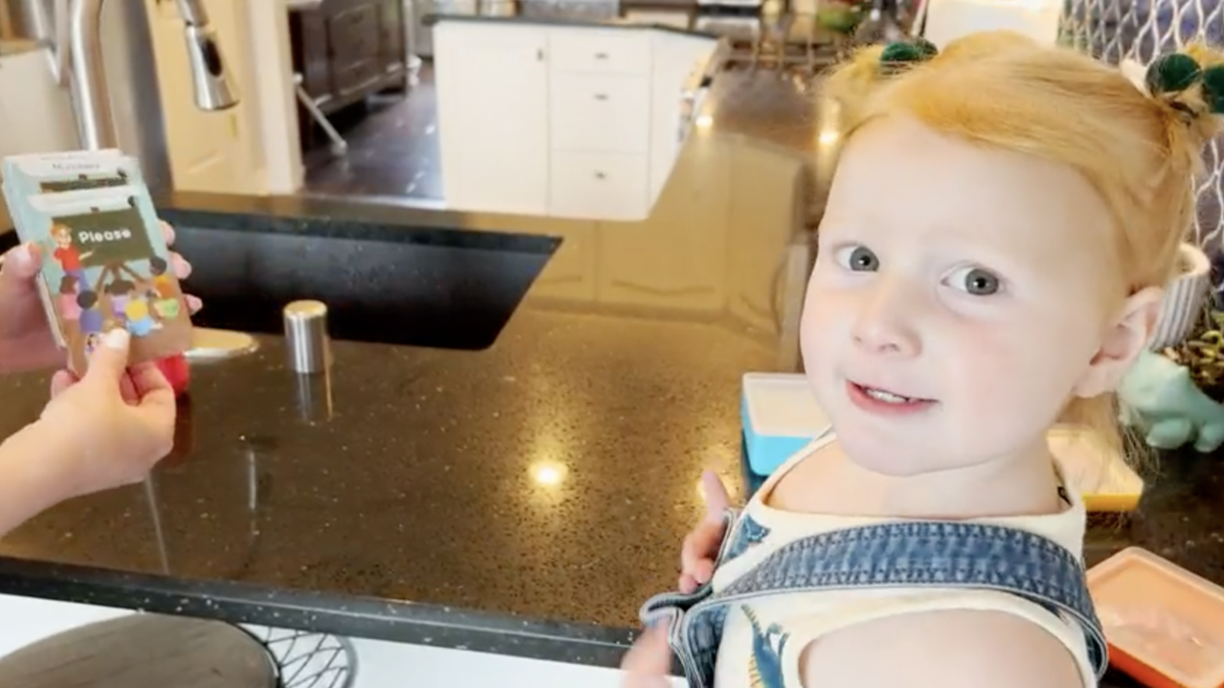 At a routine doctor’s appointment, Amanda mentioned Isla could read, and the doctor assumed Isla had memorized the books that were read to her. But Amanda pointed to a poster in the examination room that Isla had never seen before—and Isla read it out loud. E-V-E-R-Y W-O-R-D.

Isla’s parents wondered how they could create a support system for their exceptionally gifted daughter and sought out Mensa, an organization for people who score in the top 2% on IQ tests. 145,000 people in 90 countries around the world are part of this elite group. Mensa means “table”. It was named for its original mission to create a “round table” space where all points of view and all ideas are welcome, regardless of race, ethnicity, educational and social background, political views, and, of course, age. There’s even a famous Mensan cartoon character!

In May 2022, Isla McNabb became the youngest person EVER to be admitted into Mensa. Isla is one of just four members younger than age six in the U.S. The oldest member of Mensa is 106.

“It’s not always easy being the smartest person in the room, especially for young kids,” says Charles Brown with the American chapter of Mensa. “They don’t often fit nicely into the educational system, and we recognize that. And so we have certain resources we offer to kids and their parents.”

Isla McNabb, a 2-year-old Mensa member, sounded out words such as “excited" and “rainbow” from flashcards on June 30 | Washington Post

Despite her youngest Mensa member title, Isla’s high IQ status hasn’t changed her entirely. She still watches made-for-toddler TV and she loves her teacher, going to school, making friends, and playing outside. She’s still potty training too! But all the while, her vocabulary just keeps growing.

You can take your own non-official Mensa test here, and here are five activities you can do with your child (or sibling) to boost their IQ. But beware—it’s normal for children with high IQs to not sleep a lot. Ask Amanda and Jason about that. After they’ve had their coffee. 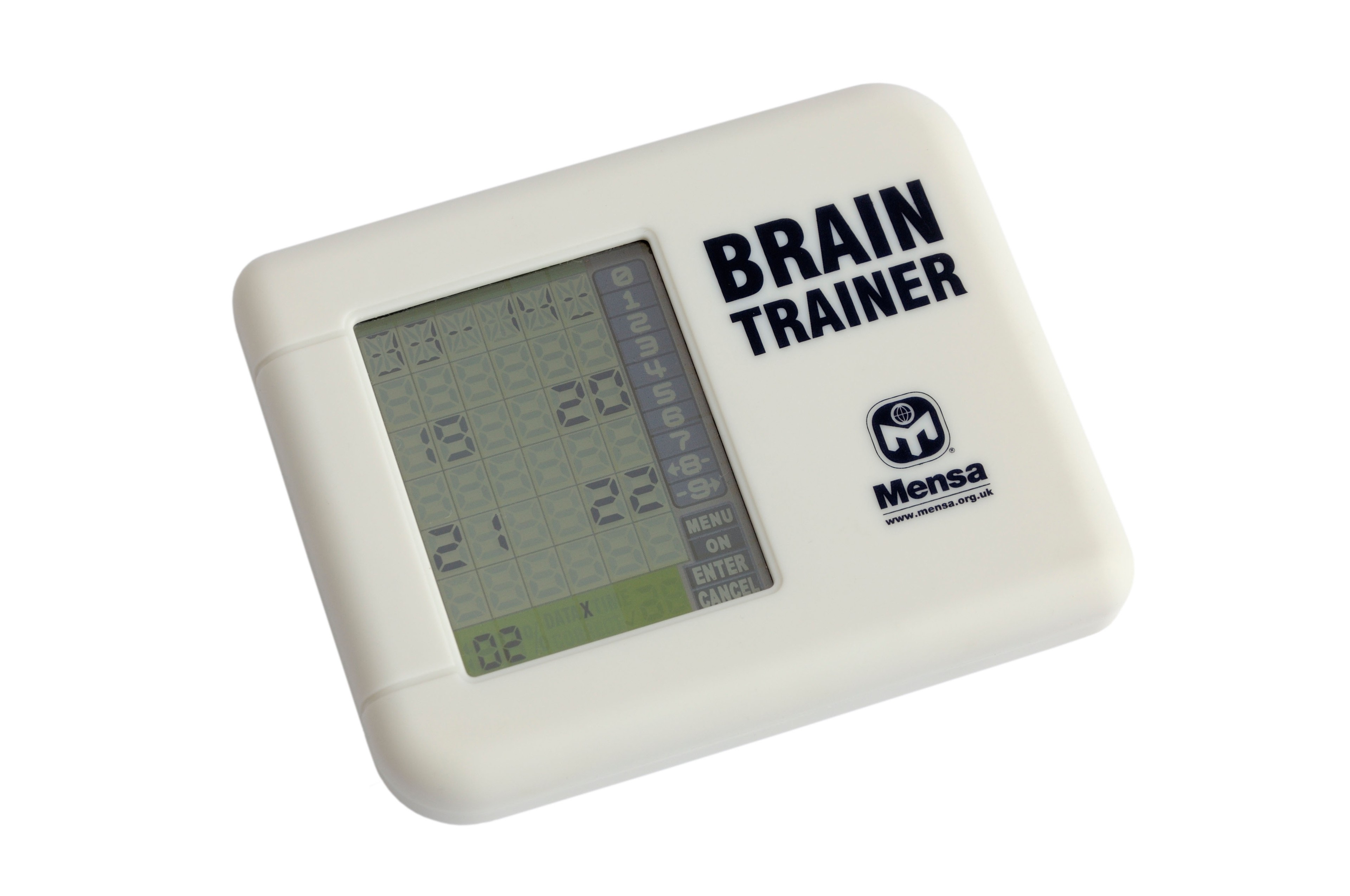 In 1907 in Seattle, WA, two teenagers had an idea: create a company to deliver messages to and from local businesses (sorry, carrier pigeons!). With a loan of $100 and a makeshift office in the basement of one of their uncle’s taverns, UPS (United Parcel Service) was born. Packages were delivered on foot and by bicycle in those early days.

Fast forward 115 years, and UPS is now the world’s largest delivery service. It has also come full circle—by going back to bicycles.

But these are not your everyday bikes. The new UPS eQuad is being tested in London and New York City. Created for “last mile deliveries” (the last leg of a trip to the customer’s front door) in crowded cities, this innovative 4-wheeled hybrid bicycle-van is powered by a pedal-based electric-assist delivery platform—basically pedals and a battery. As the driver pedals, the motor provides a certain level of power output, which feels like a push. At only 34 inches wide—about the same width as a fridge—the eQuad fits through narrow streets, turns tight corners, and travels in both bike lanes and pedestrian zones—a serious solution to traffic congestion.

Dyghton Anderson is a 22-year-old avid cyclist who is part of the NYC pilot program. “This is right in my wheelhouse,” he said. “I ride to and from work—from all the way from the Bronx all the way to here on 43rd—so it’s pretty comfortable for me.”

Designed to help reduce the company’s carbon footprint, the eQuad goes about 15 miles per hour and a single charge lasts between 40-44 miles. It also holds about 440 pounds of cargo. How big is that? About the size of one blue whale heart. (Because who knows when you might need to ship a whale heart home!). Small but mighty.

UPS’s goal is to reach carbon neutrality by 2050, and they hope to expand their commitment to stop global warming by turning blue skies green with their eco-friendly vertical takeoff and landing electric (eVTOL) aircraft, which they plan to unveil in 2024. In the meantime, they’ve got another reason to use eQuads:

An Adventure Fit for a Queen

Queen Elizabeth II lived an extraordinary life. She traveled to over 100 countries. She met weekly with the prime minister of England, spanning fifteen different prime ministers over 70 years. She owned every swan in England. (Seriously. Now King Charles III owns them.)

But despite the advantages of being Queen, there were also many restrictions. You could even say her life lacked a certain kind of old-fashioned adventure, the kind that arises spontaneously.

Among her other restrictions, the young Princess Elizabeth was not allowed to have a regular job. But when she turned 18 in 1945, she insisted on it. She wanted to join the war effort. After brisk discussion, her father, King George V, agreed on one condition. The young princess was to be given no special treatment or favors.

The future Queen immediately joined the Auxiliary Territorial Service (the “ATS”) and was assigned to the job of truck driver and mechanic!

Princess Elizabeth dutifully went back and forth to the Aldershot base daily to practice her new trade. The public reception to her efforts was met with the same enthusiasm as a speech she gave four years earlier to children displaced by war. The people of England admired her for her modesty, spirit, and patriotism.

The war only lasted three more months, after Princess Elizabeth joined the ATS. Victory by the Allied Forces was declared on May 8, 1945, or V-E Day. After more than five years of warfare, death and privation, the citizens of England and the rest of Europe were overjoyed. Everyone took to the streets. Church bells rang. There was singing and dancing. Tens of thousands of people gathered in the Great Mall in front of Buckingham Palace all day and late into the night to celebrate. 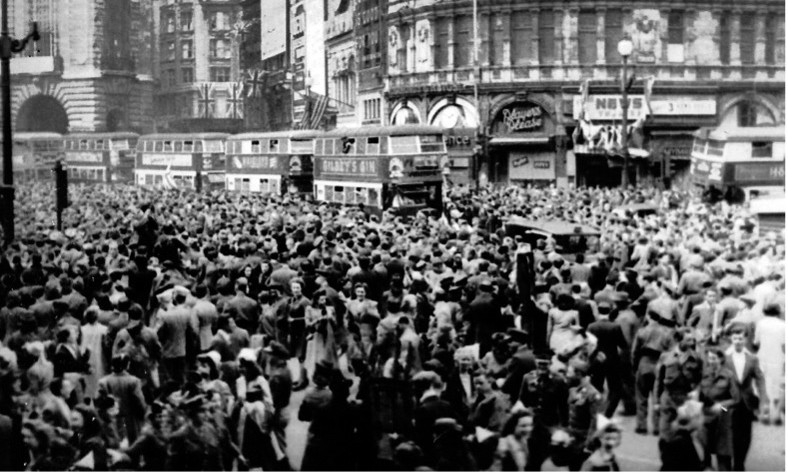 And among them, incognito, were Princess Elizabeth, 18, and her younger sister, Princess Margaret, 14. This time the King had been easier to convince. He understood that his two girls, like all of his subjects, had had very little fun in recent years. Accompanied by several friends and their security detail in plain clothes, Elizabeth wore her ATS uniform out into the streets to join the throngs. Decades later, she told friends she tugged her cap low over her brow so she wouldn’t be recognized. She also said that the night of cheering and milling about with her fellow citizens, unrecognized, a night when she and her friends entered the Ritz Hotel through one door arm-in-arm and out another at the end of a conga line, was one of the most memorable nights of her life.

In other words, the future Queen had a great adventure.

Here at Choose Your Own Adventure, we have thought a lot about the Queen in recent days. She lived a life of enormous grace and service, bound by sacrifice and constrictions.

“Thank you, Ma’am, for everything.”