The first ever book launch live from Antarctica! 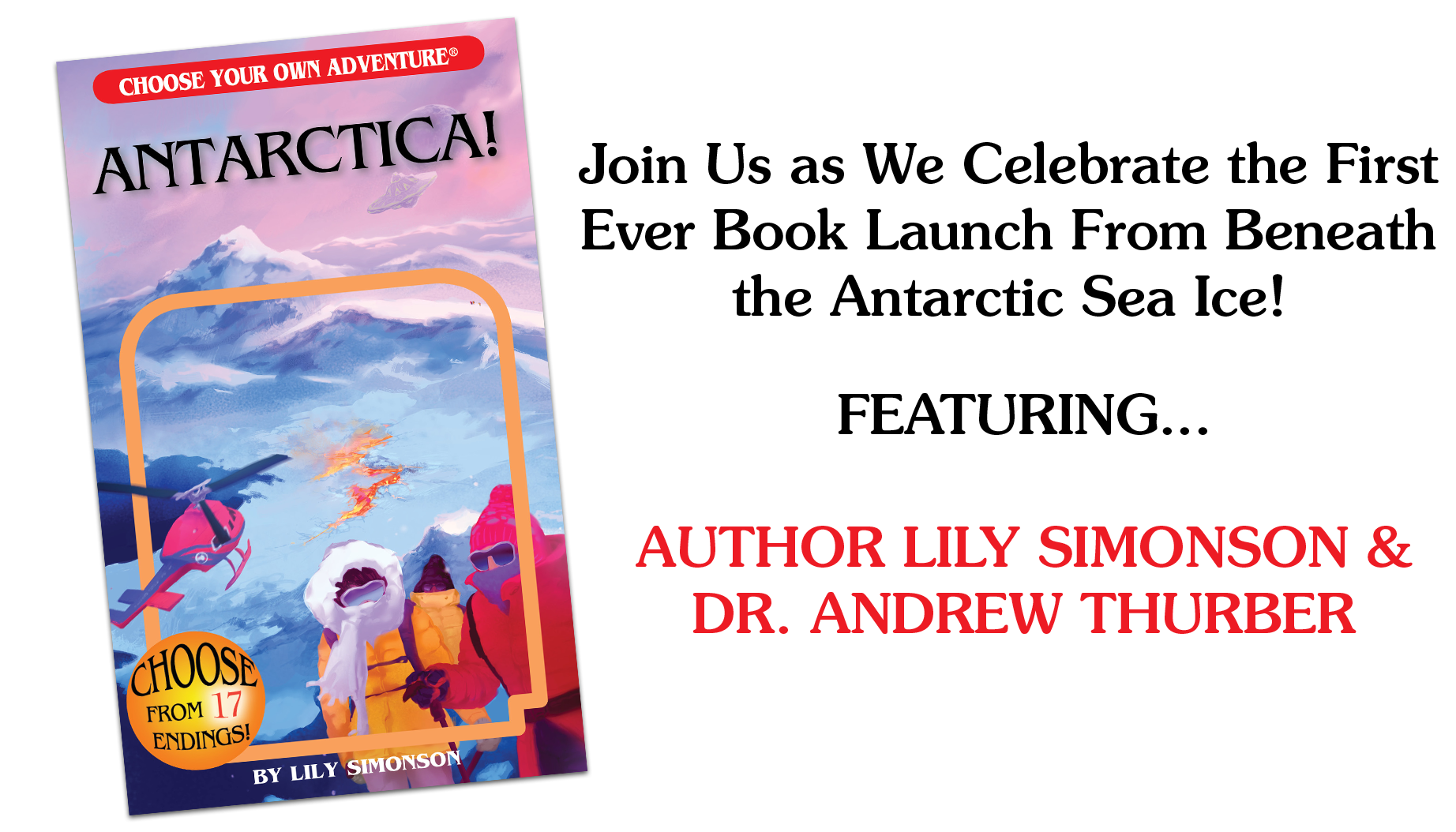 Author Lily Simonson spent three months as an artist-in-residence at a scientific research station in Antarctica. Drawing upon her extraordinary experiences there—from scuba diving beneath the world’s largest expanse of sea ice to living in a tent atop an active volcano—she brings the stark continent to life in her debut children’s book, Antarctica!

Dr. Andrew Thurber, whose scientific research inspired the story, will be Zooming LIVE from Antarctica, showing newly collected creatures from the Antarctic Ocean, and Lily will join from her art studio.

The two will discuss how Thurber’s research on the extraordinary life forms thriving beneath the frigid Antarctic sea ice shaped Simonson’s interactive story of intrigue, treachery, and aliens.

The presentation will be approximately 20 minutes, followed by a Q&A from questions submitted by students in advance. Classrooms are invited to participate in this live event by registering through the form below.

Participants will receive a Zoom link in their confirmation email. If you did not receive the link, please reach out to us at webmail@chooseco.com 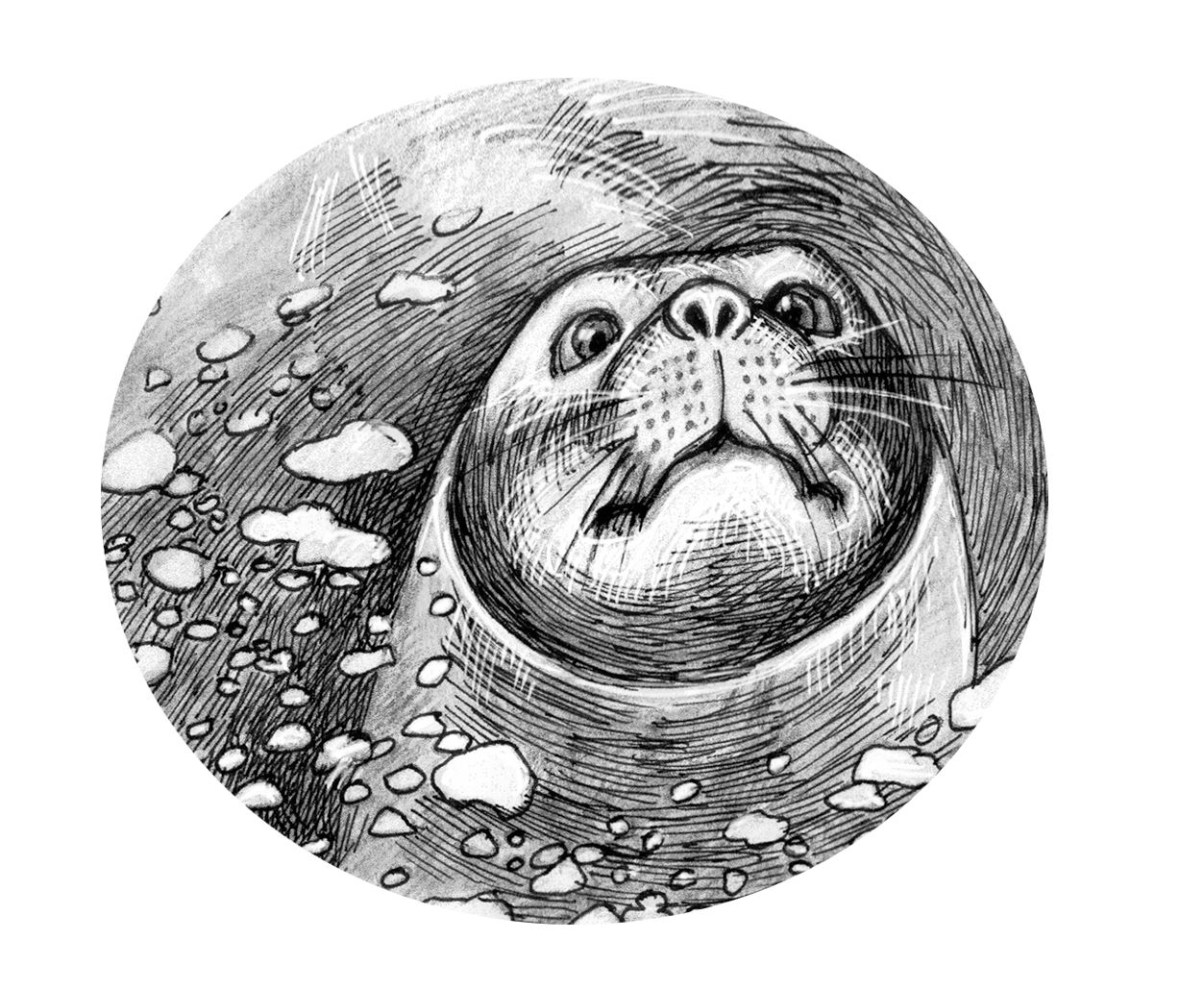 Lily Simonson is an artist and writer who collaborates with scientists at the furthest reaches of the planet. As the National Science Foundation Antarctic Artists and Writers Program Awardee, Simonson spent several months camping and painting in Antarctica, scuba diving beneath the world’s largest expanse of sea ice.

Through art-science residencies and invited collaborations, Simonson has participated in numerous oceanographic expeditions, creating art while aboard research vessels. Her work has been exhibited at galleries and institutions throughout the US and Europe and featured in a range of media outlets including Art21 Magazine, Interview Magazine, MTV, Atlas Obscura, Pacific Standard, the Los Angeles Times, and LA Weekly. Simonson holds a BA from UC Berkeley and an MFA from UCLA.

Check out Lily on KTVU TV!

Andrew Thurber is an Associate Professor in the College of Earth, Ocean, and Atmospheric Sciences and in the Department of Microbiology, College of Science at Oregon State University. His research looks at the trophic linkages between microbes and metazoans in marine habitats and how that impacts ecosystem function, or how animals that eat bacteria can impact how the world works. His research is focused on deep-sea and polar soft-sediment habitats as they both experience long periods of time with no photosynthetic production and create a model system to understand how communities are able to persist in food-poor environments. In addition, these habitats are not only the least known on the planet, but they also cover 63% of the globe. 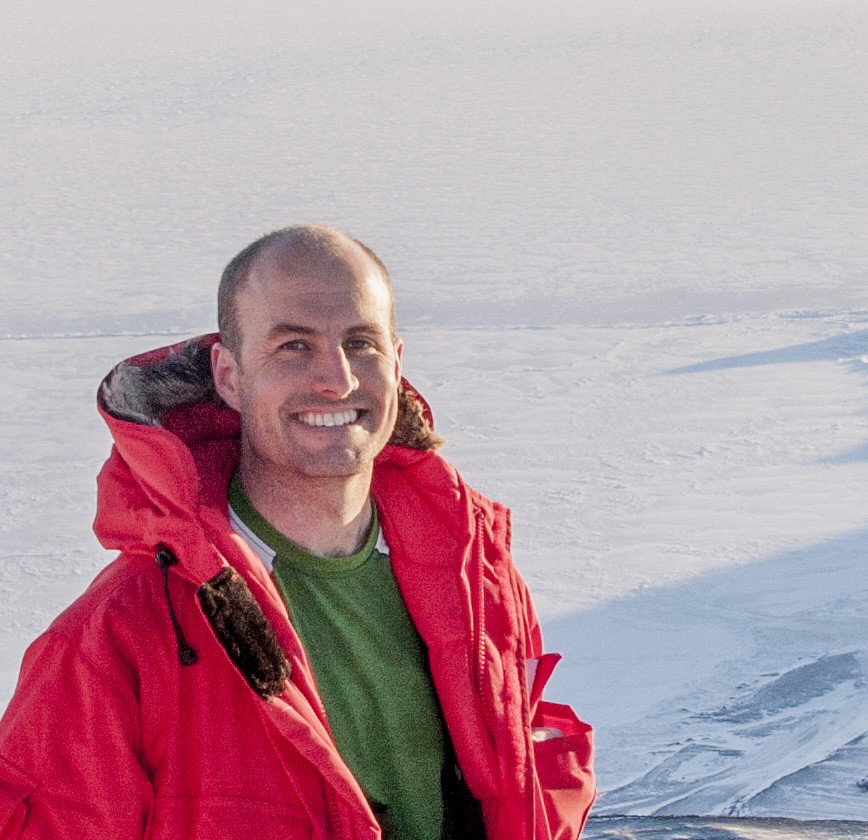 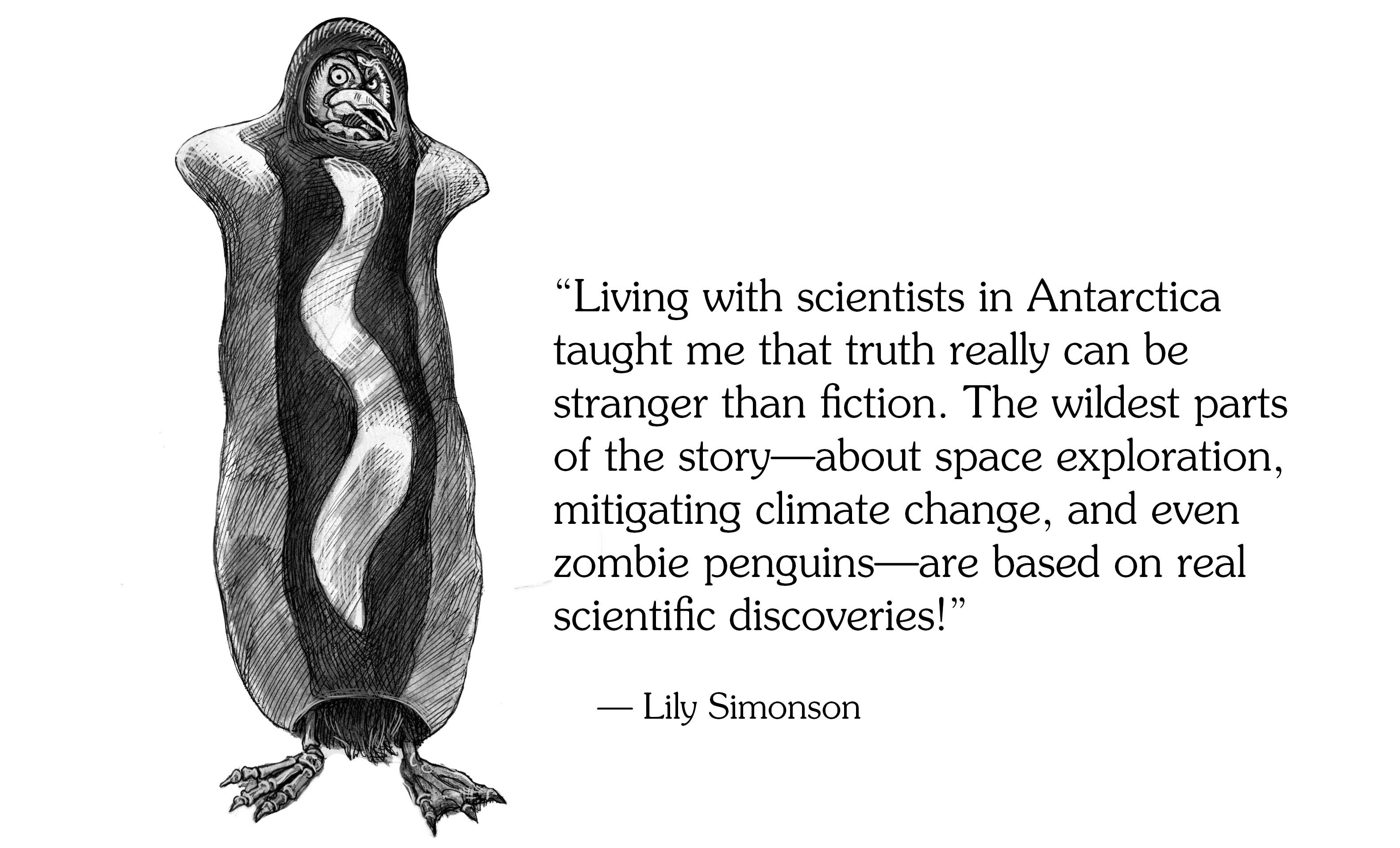 More Americans have been to space than have dove under the sea ice in Antarctica.

Lily Simonson is the only artist to both dive in the deep sea research submarine Alvin, and scuba dive in Antarctica.

Lily has been collaborating with dozens of researchers for her art and writing for the last 12 years (2 Antarctic expeditions and 6 deep sea expeditions) but Andrew Thurber is the scientist who inspired her with his discovery of a new species—the yeti crab in 2010.

Lily is the only person to have ever worn a hot dog costume while scuba diving in Antarctica. 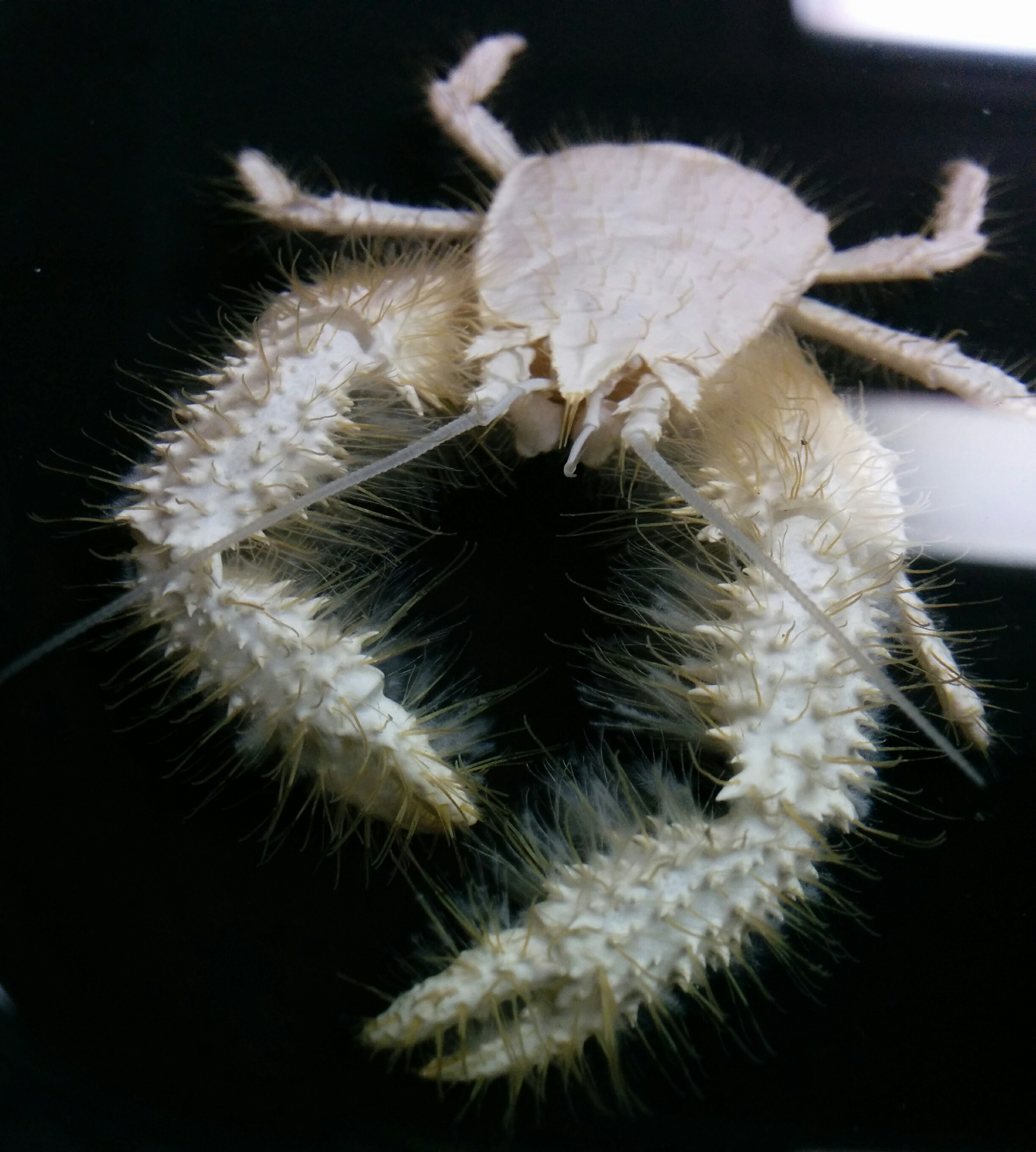 Lily scuba diving in a hot dog costume in Antarctica