WARNING: This Book Could Kill You! Really.

In 1874, a book appeared in libraries across Michigan that looked like a catalog of wallpapers. It was written by Dr. Robert Kedzie, a surgeon for the North in the Civil War. Dr. Kedzie called the book Shadows from the Walls of Death—but it was no ordinary book. It came with handling instructions for librarians: DO NOT let children hold this! 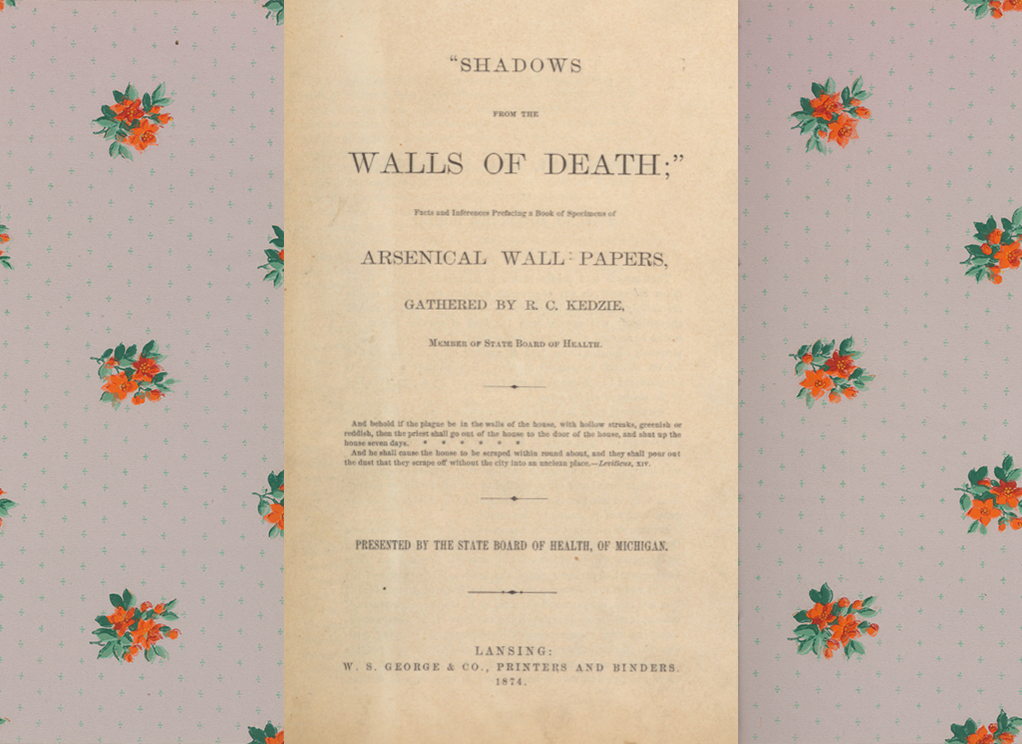 The good doctor was trying to issue a warning and his book was Exhibit #1. In the 19th century, most wallpaper in the United States—especially when it contained the color green—was made with the deadly poison arsenic. The purpose of his book full of beautiful if deadly wallpaper samples was to educate consumers about arsenic pigmentation. Dr. Kedzie wrote that arsenic not only caused a “sudden and violent destruction of life” when consumed in even small quantities, but it also caused a slow decline in the form of “many chronic [and deadly] diseases.” It turns out that all wallpaper sheds dust particles into the air, which are easily inhaled. Ack!

Most of the one hundred copies of Shadows from the Walls of Death were destroyed. Four remain intact. Two are available for viewing, each of their pages safely covered with a plastic sleeve. Another is at Harvard Medical School, and the last is at the National Library of Medicine which has been digitized for online access.

Books offer windows and doors and pathways leading to a variety of adventures. But a word to the wise—don’t choose the book that might kill you when you lick your finger to turn its pages.

To avoid such perils and to skip the hazmat suit, read Shadows from the Walls of Death, located at the National Library of Medicine, poison-free, here.